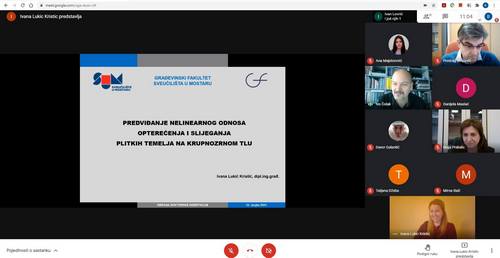 Public defense of the doctoral thesis of the applicant Ivana Lukić Kristić, B.S.C.E. entitled:
PREDICTION OF THE NONLINEAR LOAD-SETTLEMENT RELATIONSHIP FOR SHALLOW FOUNDATIONS ON GRANULAR SOILS was held on Friday, 12 March 2021, online, via the Google Meet platform. 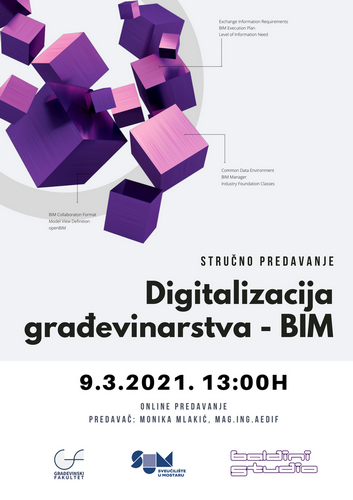 We invite you to join us for an online lecture on the topic Digitalization of Construction - BIM, which will be held on 9 March 2021 at 13:00, in cooperation with the company Baldinistudio from Zagreb.
Link for registration

Dear colleagues,
Since 2011, the Faculty of Civil Engineering University of Mostar has been publishing e-ZBORNIK: Electronic collection of papers of the Faculty of Civil Engineering. e-ZBORNIK publishes scientific and professional papers in the field of civil engineering and related fields in the area of technical sciences.
This is an electronic, open-access journal and papers are published in Croatian and English. It can be found in Hrčak and EBSCO databases, and activities for its inclusion in new databases are in progress. It comes out twice a year and the papers are reviewed. You can find all other information on: https://e-zbornik.gf.sum.ba/en or using the e-mail address: This email address is being protected from spambots. You need JavaScript enabled to view it..
Activities on preparation of the new 21st issue of e-ZBORNIK, that is planned to come out in June 2021, are in progress, and you are hereby kindly invited to submit your papers.
Editor-in-Chief,
Mirna Raič, Ph.D C.E. 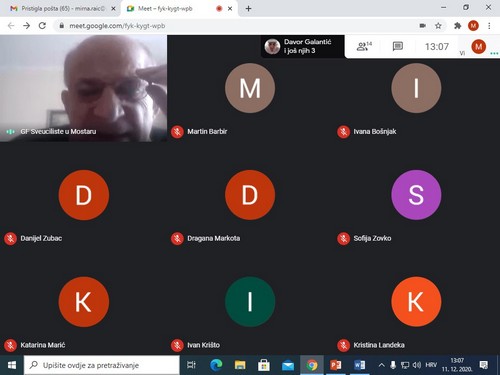 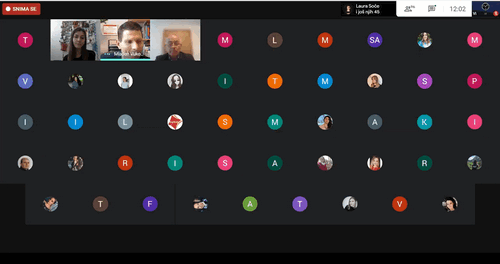 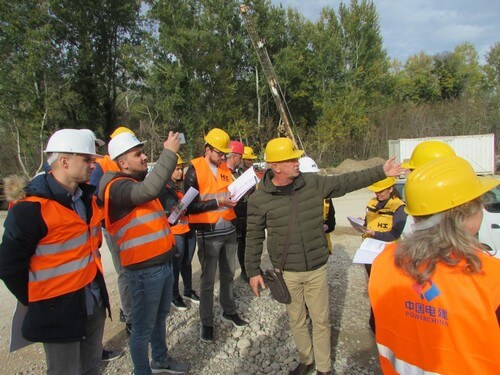 Students of the 2nd year of graduate study, structural engineering program, visited the construction site of the Počitelj bridge on Friday, 20 November 2020. 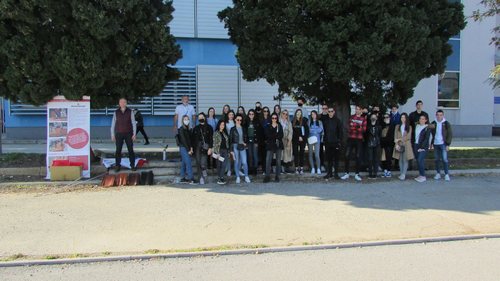 The company TONDACH BiH d.o.o. with the corporation Wienerberger Building Solutions held a presentation to 1st year students of the University Undergraduate Study of Architecture and Urban Planning on 10 November 2020. The presentation was held by the company representatives Davor Tešić and Samir Bubić on the topic of wall construction with brick blocks, modern construction methods and energy efficient properties of brick walls. 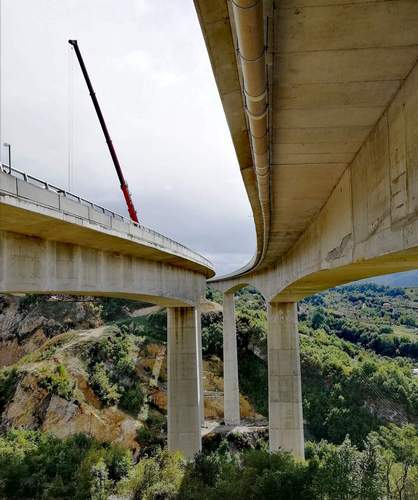 In October and November 2020, employees of the Faculty of Civil Engineering, University of Mostar, performed load testing on a total of ten viaducts, including the left and right viaduct, which are an integral part of the motorway on Corridor Vc, and are located on the Zenica Bypass, Zenica South - Zenica North. On the section Klopče - Donja Gračanica, the following viaducts were tested: Klopče, Klopačke Stijene, Anex Babina Rijeka, Babina Rijeka, Pehare and Ričice. 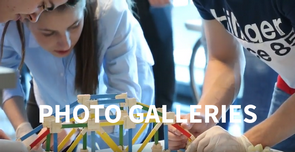